We are excited to announce a new partnership with The Christie NHS Foundation Trust that will capture the development of cancer care, treatment and patient experiences since 1948 through recording stories from patients, volunteers, staff, researchers and supporters.

Cancer is a unique, life-changing experience and is one of the most common diseases. More than 1 in 3 of us will develop some form of cancer during our lifetimes and there are more than 200 different types of cancer that are diagnosed and treated in specific ways.

The Christie, established in 1892, has played a central role in cancer care and treatments from the development of radiotherapy in the early twentieth century, to opening the first NHS high-energy proton beam therapy centre in the UK in 2018.

Capturing the voices that lie behind the history of cancer care, treatment and patient experience will deepen and enrich our understanding of a disease that has been central to our everyday experiences of health over the last 70 years. 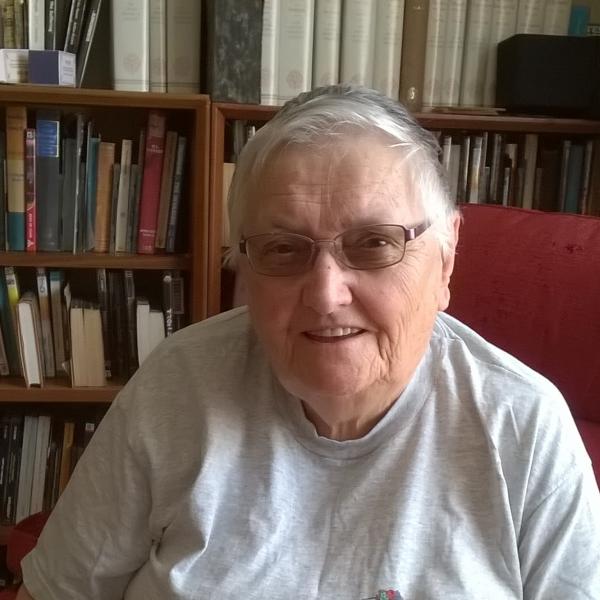 Discover here some Christie stories we have already recorded for our Digital Archive.

Hilary Brown, a retired NHS Domestic Services manager, remembers her brother, Philip’s, treatment and care at the Christie in the 1950s. Philip, who had a brain tumour was on the men’s ward as there was no children’s ward at that time. To her brother’s delight, the ward sister asked Matt Busby [a Manchester United team footballer] to visit. Matt Busby attended the ward with several other Manchester United players. Philip sadly died, aged 11, but Hilary recalls fondly how her experience of his care as a child was what brought her to work in the NHS.

‘The Christie were amazing…he needed radium…so he went onto the men’s ward at the Christie and they ruined him rotten –they wrote to Matt Busby and he came to see him – and brought team members. He was over the moon but it was lovely, it could have been the Queen – and that was fantastic and that’s what brought me into the health service I think’.

Listen here to Hilary talk about her brother's experience.

Doreen Wooley joined the Christie as a nurse on the female surgical ward in 1969. She later specialised in stoma nursing, joining an international group and co-authoring a book. She has vivid memories of the fun of Christmas Day. The consultants would come in to wish all the patients “Merry Christmas!” and put Christmas hats on to carve the turkey, she said, whilst another nurse dressed up as an angel in long johns and tutu!

Listen to Doreen reflecting on the poignancy of it being the last Christmas for many of the patients on the ward.

Mike Thorpe was diagnosed with stage 3 Prostate Cancer in 2014 and treated at the Christie. He now advocates for patient and carer involvement in cancer care. Before Mike began his treatment at the Christie his impression of cancer was as ‘a one way ticket’. But this changed rapidly after his first visit: ‘The Christie were magic’ he says, describing how surprised and pleased he was by the positive atmosphere there and how the staff had time for him.

Listen to Mike share how he marked his last day of radiotherapy by eating a cabbage.

With thanks to The Christie NHS Foundation Trust for partnering with us on this initiative.