Joanne Harding has worked for 20 years in drug and alcohol services, and mental health, most recently managing an overnight facility for those in crisis. In her interview she reflects on the challenges a friend faced during a mental health crisis. Joanne is actively involved in local politics - she is a Labour Councillor in Urmston and was the campaign coordinator against the closure of the Accident and Emergency department at Trafford General Hospital. 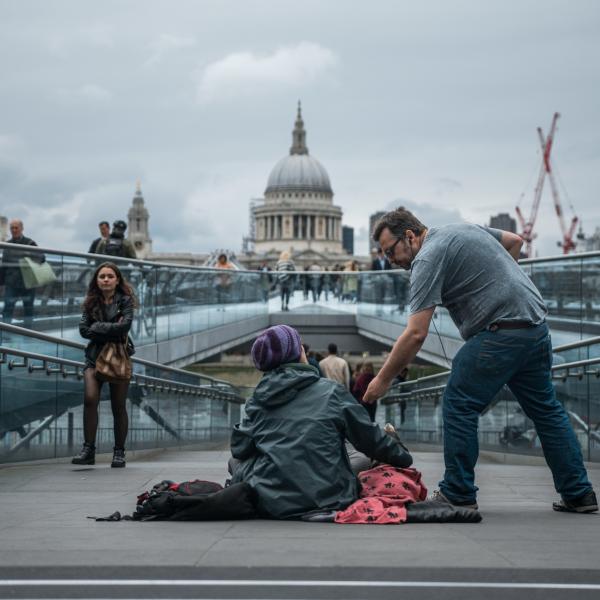 Listen to Joanne speak about ‘parity of esteem’ and the ways in which a mental health crisis is not treated in the same way as a physical health crisis.

Click here to listen to Joanne's interview in full in the Archive.

Click here to watch Joanne talk about the fight to save A&E services at Trafford General.

And there were no beds there. Eventually a bed was found but it was in Brighton, and the family had to drive him seven hours to Brighton with him. And when he got to Brighton, he was told, “We’re not expecting you, we’ve not got your paperwork, we’ve not get anything”. By that point, he disengaged. Because at every step of the journey where he’d encountered services, he was told, “Wrong door, we’re not expecting you. No, the mental health services have gone home”. So you can imagine! If that was somebody with a heart attack, you wouldn’t be told, “You’ve come through the wrong door”. You wouldn’t be told, “We haven’t got a bed for you”. That wouldn’t happen. So when I talk of parity of esteem, there are examples where a mental health crisis is just not treated in the same way as a physical health crisis. So we’ve got a long way to go really as to how we further develop and improve. A lot of good work has been done. I’ve done work on what’s called the [Mental Health] Crisis Care Concordat, which is making sure that people get the right treatment at the right place at the right time. So lots of good work has been done. But not nearly enough.