Belinda Jackson was born in Rochdale in 1961 and by age 18 had started her nurse training at Birch Hill Hospital. She currently works for Royal Oldham Hospital in the maternity unit, and much of her interview is devoted to discussion of midwifery and breakthroughs in birth and antenatal care, among other topics. But she also discusses her early work at Birch Hill, where she sometimes worked in the psychiatric unit alongside the medical facility. 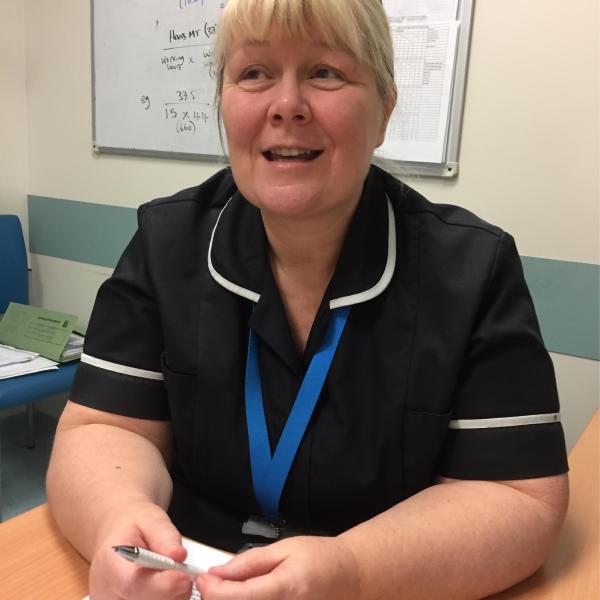 Listen to Belinda talk about how some patients in her care were not psychiatric but just institutionalised.

Click here to listen to Belinda's interview in full in the Archive.

It was a strange time because there was the medical side and the psychiatric side, and I would regularly get put on the psychiatric side. It was women—it was a women’s ward. And it fascinated me in so much as they’d been admitted, a lot of them—. I mean some of these women that I’d care for were in the 90s. They’d been put in when it was a workhouse, because Birch Hill used to be a workhouse. And they’d been put in at the ages of seven. When you read the notes, they’d been put in for the most bizarre reasons. ‘She'd been put in because she’d talked to too many boys’ or ‘put in because she was a simple soul’. And they’d been there—. I can remember one, she was 92 and she’d lived in that building from the age of seven. They weren’t really psychiatric, they were just institutionalised.