Ruth Edwards was born in 1928 and grew up in a mining family in South East Wales. She secured her first job with Monmouthshire County Council as a trainee laboratory technician in the public health laboratories. There she contracted TB as a result of examining the specimens. Treatment in a sanatorium drew her to the role of hospital almoner, for which she qualified in 1956, working until her early retirement in the mid-1980s. Ruth met Aneurin Bevan during his tour to the region in late 1948, the year the NHS was launched. 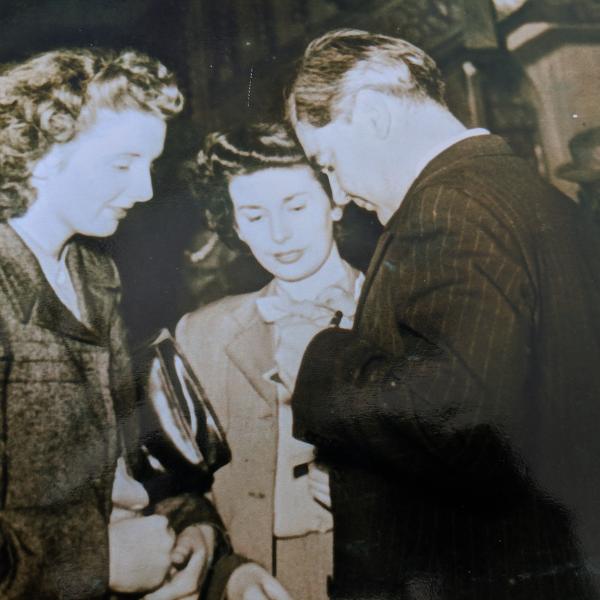 Listen to Ruth talk about her encounter with Aneurin Bevan.

Click here to listen to Ruth's interview in full in the Archive.

After about two years in the laboratory, the National Health Service was starting, and Aneurin Bevan started a tour of hospitals and other institutions to inaugurate the National Health Service. And one of the hospitals he came to was Llafrecha Grange Hospital, which was then a hospital for the mentally handicapped. He came there—I’ve forgotten the dates—in late 1948. And my friend and I went there, because the other members of the laboratory didn’t want to go and they couldn’t all go, of course. But when his tours went, Betty Martin and myself. And after a while, Aneurin Bevan came. I don’t remember the details of who greeted him, but there weren’t many doctors there. There were nurses and other people clerical administrative staff; and Aneurin Bevan, at one point, was standing on his own. At that time, it was the fashion to collect people’s autographs. So I went up to Aneurin Bevan and asked him if we could have his autograph, and he said, “Certainly”. And at the same time, the official photographer was coming around—sorry, not the official photographer, a photographer—from Newport, called Happy Snaps. While he was photographing, Aneurin Bevan signed the little ticket from the photographer. And in those days, you took the photograph to the photographers and you could get a print from them, from the negative. So that’s how we met Aneurin Bevan, and he did say, he asked us where we came from—which department. And we told him. Then he went on to speak about the beginning of the National Health Service.

So that was my encounter with Aneurin Bevan and how we had our photographs taken with him.