Jane Milne was born in Hull in 1946. She started nurse training in 1964 and lived in a residential nurses' home. In 1967 she began working on a children’s surgical ward, starting her midwifery training in 1969 at Hope Hospital, Salford, which involved working at Langworthy Road antenatal clinic. In the early 1970s, she worked as a staff nurse at Salford Royal Hospital on a neurology unit, then as a junior sister on the women's medical ward. She also worked as a school nurse and did a part-time psychology degree at University of Bolton to become a health visitor. In this interview, she shares childhood memories of home visits from midwives, travelling on their mopeds to tend to her younger brother and sister. She speaks at length about childhood illnesses, including a hospital stay at Bempton Lane fever hospital in the 1950s. She explores too the changes in relationships and communication between medical staff and patients over time. 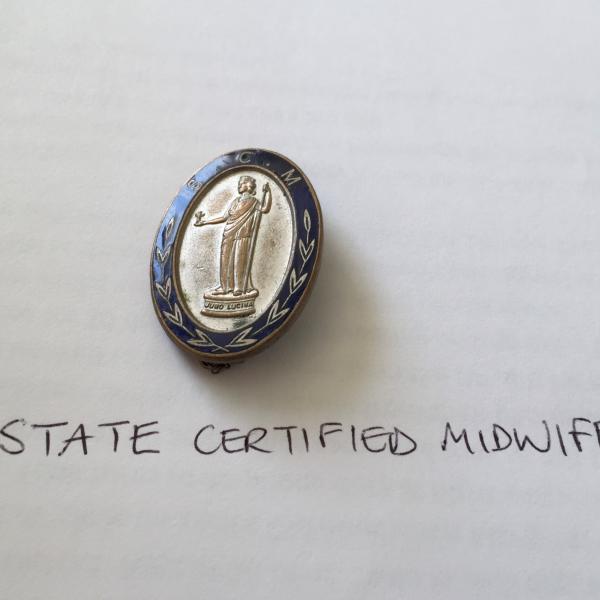 Listen to Jane recount her experience of being in the fever hospital as a young child.

I went there with scarlet fever. And my brother and sister, of course, were very young then in 1952. I was visited by the GP–they normally did home visits then, not like they don’t do now, but they did then–and it being announced I was to go to Bridlington, which is about 30 miles away, to Bempton Lane fever hospital. And I went there for two weeks.

I remember the ride in the ambulance on a horrible plastic pillow and a strange ambulance man, sitting with me. And the experience of–I was by myself–mum and dad had stayed at home. I remember being taken to the hospital, being placed on a bed, being frightened of getting off the bed, dying to use the toilet, not knowing how to ask. Eventually, I asked one of the other kids [whispering], “I need to wee, how do I do it?” And she told the nurse and the nurse came with this bedpan and I had to balance on the bed when I was at six years old–that was an experience. Cold bed baths. A girl on the side had got polio. I remember her crying when she had her injections and me feeling very brave, because I had my injections and I didn’t cry. I remember being presented with porridge. I’d always had syrup on it at home; of course, you couldn’t get syrup then, there was still rationing. And one of the nurses, very kindly, went to the nurses’ home and brought some sugar back for me to have on my porridge. So I remember that.

I remember the food, which was awful. And my mum was a vegetarian, so I was given gritty mincemeat, and it was just like gravel–it was horrible. I couldn’t eat it. So the nurse came along and said what would I have? Offered me fish. So I thought, “Yes, all right, I’ll try some fish”. It felt like cubic inch chunks of fish, just tasteless. But I did manage to swallow that.

Interviewer: Were your parents allowed to see you?

Interviewee: They came at the weekend. And I think I was in for two weeks. At that time, Dad was an insurance agent, so he did have the use of a car but only on alternate weeks. He shared it with somebody else. So the week that they had the car, they came up and visited me. They just stood at the window of the ward, and waved at me through the window. My mother and dad, brother and sister. They weren’t allowed in. And that was it for the week. So I was there for two weeks, and I saw them at the middle of the week, and that was all.

Interviewer: And that was because of the contagion.

Interviewee: Yeah, because of the contagion. Yeah, yeah. [Pause] And I think my other main memory is that I had a favourite hankie with a rabbit on it. And they put it in the hospital laundry and it never came back. I was quite disappointed with that. We went back later to retrieve it.