Hilary Brown, a retired NHS Domestic Services manager, remembers her brother, Philip’s, treatment and care at the Christie in the 1950s. Philip, who had a brain tumour was on the men’s ward as there was no children’s ward at that time. To her brother’s delight, the ward sister asked Matt Busby [a Manchester United team footballer] to visit. Matt Busby attended the ward with several other Manchester United players. Philip sadly died, aged 11, but Hilary recalls fondly how her experience of his care as a child was what brought her to work in the NHS. 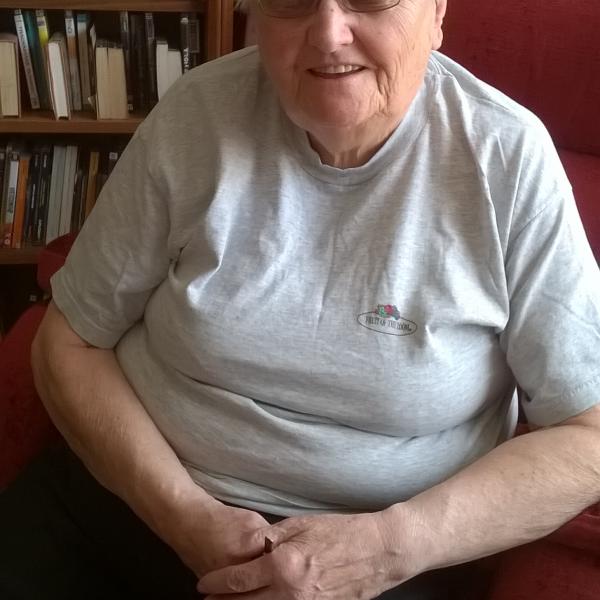 ‘The Christie were amazing…he needed radium…so he went onto the men’s ward at the Christie and they ruined him rotten –they wrote to Matt Busby and he came to see him – and brought team members. He was over the moon but it was lovely, it could have been the Queen – and that was fantastic and that’s what brought me into the health service I think’.